Breeding for bases before this update was somewhat random, but also incredibly easy. You'd get special based cubs that didn't even look like their parents!

On Lioden, if you take a look at any lion, you will notice a line in their "Appearance" section that is called "Genetics".
Let's take a look at Xylax's king, Ashkarn. 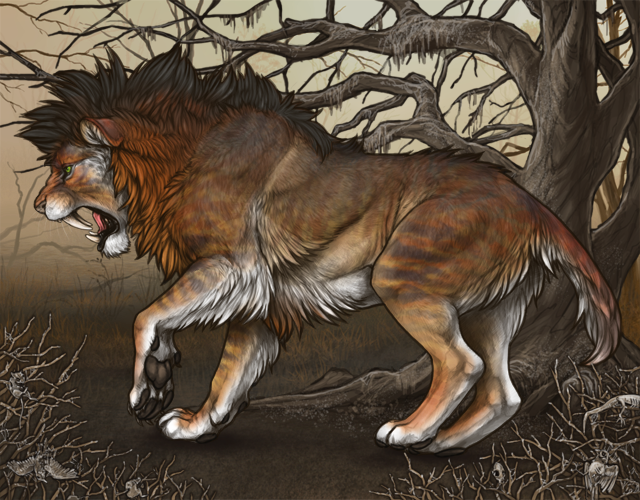 As you can see, Ashkarn's genetics are Golden Dark Countershaded Common.
We'll take a moment to dissect this and explain each piece--basically, read it as Colour Shade Gradient Rarity.

There are four different colour groups. These are Black, Cream, Golden, and Red All bases on the site fall into one of those colour groups.

For breeding, you will want to do your best to match colour groups together. This way, you have higher odds of producing the base you're looking for--whereas breeding in different colour groups will result in many different potential outcomes.

There are three different shades. These are Dark, Medium, and Light This is where the bases start to split up a bit more into their own categories.

Solid colours are bases that are completely or nearly the same colour throughout the entire coat. Don't be fooled, though! Solid shades can have different colours, and even some shading details--they're just more "solid" all throughout.

Finally, there are four different rarities. These are Common, Uncommon, Rare, and Special

Common bases are bases that can be found in the wild on NCLs and rolled males. Most Oasis-applicable bases are classified as Commons, as well as certain combo bases.

Uncommon bases are certain bases that can only be applied via the Oasis.

Rare bases are bases that can only be achieved through breeding with Uncommon, Rare, and Special bases.

Special bases are the most difficult-to-breed bases on Lioden. These include event applicator bases, non-common combo bases, and raffle-exclusive bases.

The Uncommon and Rare rarity categories have the exact same pass rate as each other. The only difference between an Uncommon base and a Rare base is that one can be applied via Oasis, while the other can only be bred for. 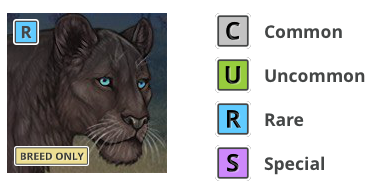 All headshot icons will have a letter in a coloured box in the upper lefthand corner, as well as a yellowed rectangle in the lower lefthand corner. The coloured icon indicates whether the base is a Common (grey C), Uncommon (green U), Rare (blue R), or Special (purple S). The yellowed rectangle indicates whether the base is Applicator (applied via event applicators), Breed Only (only achieved through breeding), Combo (only achieved through breeding specific bases), Custom (applied via Oasis), Exclusive (found on specific NCLs), or NCL (found on NCLs and rolled males).

Now, let's go to what you probably came here for--a peek at all currently existing bases on Lioden! They will be broken up into different sections based upon their colour and gradient.