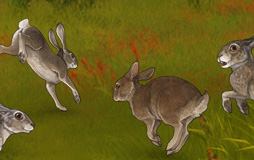 It's April and rabbits and hares are breeding like crazy! Looks like we have a fluffy plague on our hands, and we heard that they like to carve weird things in Carved Easter Eggs with their ever-growing teeth.

With this April Event, you mighty lions need to catch as many Fluffballs as possible, and collect those Carved Easter Eggs. There are two areas to unlock - one calls for your Bunny Catching skills, and other calls for your egg-finding skills.

In April, the community is working to unlock three tiers of two bars.
The more bunnies and rabbits are slain in Explore, the faster the Bunny Shop will unlock. Slaying bunnies (also known as "fluffballs") will earn you Fluffball Points, which are automatically counted towards the Bunny Shop's unlock bar.
The more Easter Eggs are collected, the faster the Egg Den will unlock.

The April event launches on April 1st at 12am Lioden time and will end on April 30th at 11:59pm Lioden time. All unused event currency will be stored on your account until the next year. 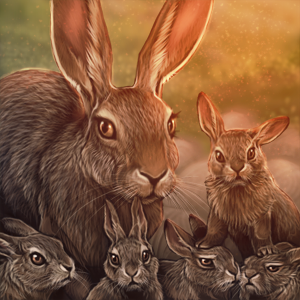 "Oh yes we adore the craftsmanship of bunny teeth on these engraved eggs. I'd love to exchange some of our wares for those!"

The Bunny Shop is where you go to spend your

Easter Eggs.
This shop is opened by the combined efforts of slaying bunnies in Explore and earning Fluffball Points.

Your adolescent girls have discovered something...
They can play here once a day for 60 minutes!

The Bunny Tunnels allow you to send off your adolescent females (ages 1 year to 1 year, 11 months) in order for them to gain a small amount of experience and stats, once per day per adolescent! You can only send out one adolescent at a time, and each expedition lasts for 60 minutes.

When your adolescents return, they will gain Experience equal to their (LVL x 20 to 30) and 2 to 5 stats randomly dispersed in each category (barring Skill).

Looks like some of the engraved eggs hatched! All the ostrich chicks are chirping around! Care to dive in and play?

Tier One of the Egg Den unlocks the Ostrich Chicks feature. Once per day, your pride leader can click the "Play Time!" button to gain Experience equal to their (LVL x 40 to 50).

Your lion plays with the birds, soon enough covered with feathers, fluff and bird poop. Fun is training too, and trying to grab the little fellas is a great exercise.
You gained +(LVL x 40 to 50) EXP!

"All the bunny hunt fun lured in my cousins from far away lands... maybe you could claim few of them into your pride? I've seen them exploring around." 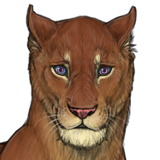 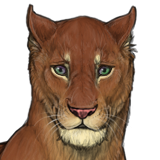 Rumour has it that if a truly brave lion drinks from this spring, depending on his will - his body will forget few years passed, or gain some true wisdom...

Tier Three of the Egg Den unlocks the Primordial Spring feature. Once per pride leader per account, you can choose to "Drink from the Spring..." in order to Spring Forward or Fall Behind, which will affect your current pride leader's age.

If you choose to Spring Forward, you will receive the following text, and your pride leader will immediately be 2 years older!

Your lion takes a sip and under his skin muscles shift and shiver.. he seems to have grown older! He tries to sip more but looks like it was just a brief feeling... or was it?

If you choose to Fall Behind, you will receive the following text, and your pride leader will immediately be 2 years younger!

Your lion takes a sip and under his skin muscles shift and shiver, like he got young and perky again! He tries to sip more but looks like it was just a brief feeling... or was it? 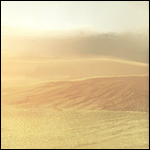