Your lion's appearance is what can make or break them. Many players are focused solely on the appearances of their lions; whether their goal is to have the most insane-looking colourbomb stud around, or an aesthetic queen based on a moodboard, appearances on Lioden are extremely vital.

When viewing your lion's page, you'll see a summary of their appearance, as you can view through the screenshot below. 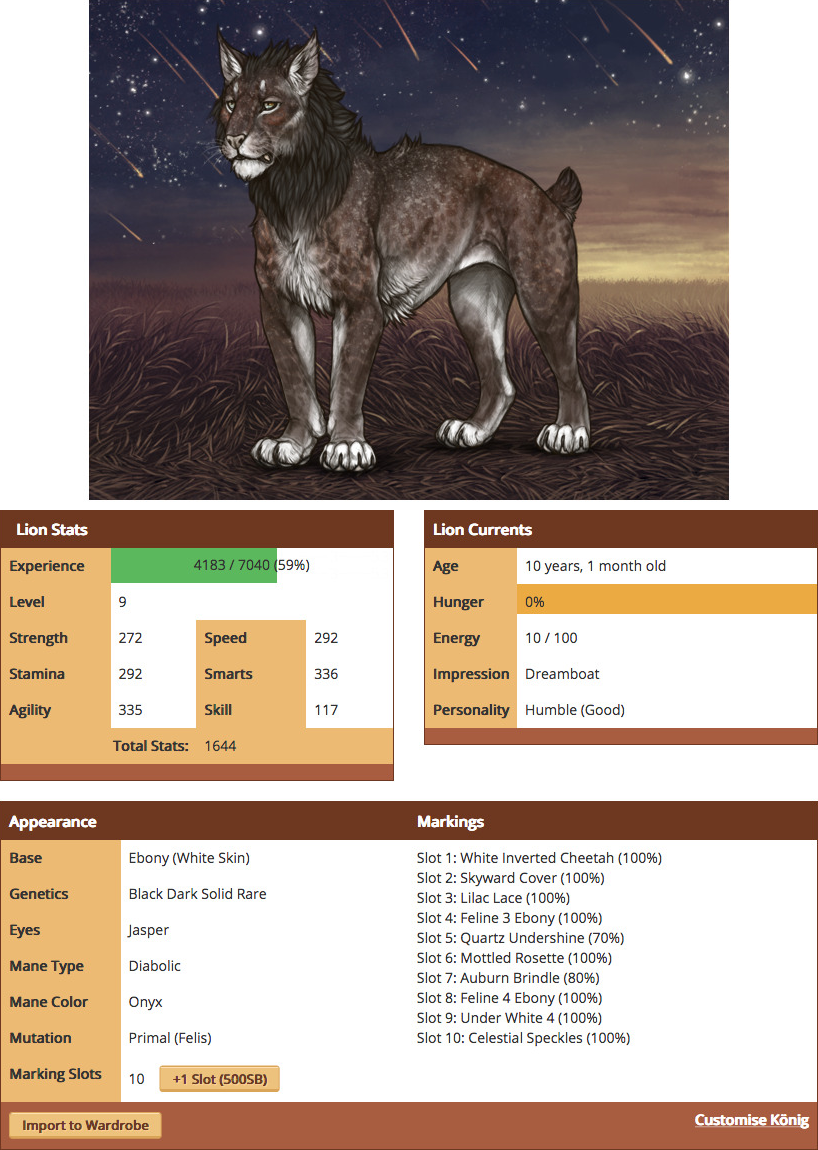 All of the different terms and sections can be pretty daunting. Let's go through them all one at a time!

Your lion's Base refers to the main colour of their body, underneath all of those shiny, pretty markings. As you can see above, König's base is listed as Ebony. The Ebony base on its own doesn't look like it does up on König, though - and that's due to all the markings he has. Let's remove them all to see how he looks! 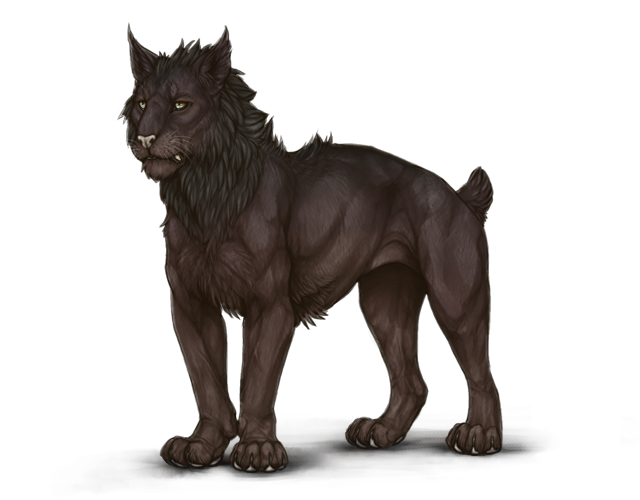 Aw, he's so… naked and plain. Hm.
Although a lion's base is pretty much the most important part of their appearance, the addition of markings can really bring a design together and make it work flawlessly!

Note that not all bases are created equally, too. Some bases are more valuable and desired than others. Players will tend to be drawn to rare, breed-only bases and rare applicator bases, compared to bases that can be found on NCLs or applied through the Oasis.

Your lion's Genetics refers to the genetics of their base. The Ebony base's genetics are Black Dark Solid Rare. This means that it belongs to the Black Colour Group, the Dark Shade Group, the Solid Gradient Group, and the Rare Rarity Group.
Genetics are even more tricky to understand than a lion's appearance alone. Thankfully, we have a wonderful guide that explains all the intricacies of genetics on the Wiki's Genetics page!

Your lion's Eyes, of course, refers to the colour of their sparkling peepers. Though eyes themselves aren't generally something that players will specifically look for when buying lions or sending stud requests, the perfect pair of visionballs will nicely accent a design, especially if it has a contrasting colour that can be found in the lion's equipped background.

Click here to view all of the Eyes available on Lioden!

Your lion's Mane refers to their Mane Type and Mane Colour. In this case, König has an Onyx Diabolic mane. Due to his mutation, his mane will appear exactly the same as any other Primal (Felis) lions with different mane shapes, so… perhaps he's not the best example to use for this one. Let's strip him of his mutation and see what that luxurious silky mess of fluff looks like! 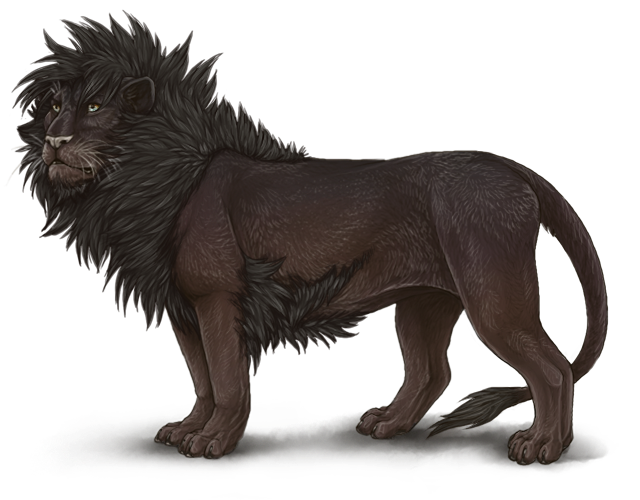 The unique characteristics of a Diabolic mane type includes the spiky tufts of fur and goatee present on a male lion's chin. All mane types have their own unique characteristics - things that draw in players to prefer a specific mane type over another. As kings with Lab Test Frogs and female poses equipped are becoming more and more popular, mane types and colours aren't as important as they once were, but don't dismiss the effect that a nicely-matched mane could have on a lion's overall appearance!

Click here to view all of the Manes available on Lioden!

Your lion's Mutation refers to the mutation that they were either born with, or had applied to them. Only certain mutations can be applied; most of them can only be acquired through breeding. Not all mutations drastically change the appearance of your lion, but there are a select few that completely change their shape. These include all lethal cub mutations, Dwarfism, Leopon, and all Primal variations. From the above example under Manes, you can see how different a lion looks with a lineart-changing mutation, and without one!
Just as with Genetics, there are many mutations that we cannot delve into on this page. This Wiki contains tons of information on mutations, however.

Click here to see some information on the Mutations of Lioden!

While your lion's skin may be only a small part of who they are, it can drive up the value of your lion ever so slightly if they happen to have one of these rare skin colours. Your lion's snoot may also pull your design together flawlessly, or make them look like a thrown-together mess! Let's use König as an example: he has White skin, which means his nose and paw pads are both white. We'll look at him with a completely different, off-the-wall skin colour as well. 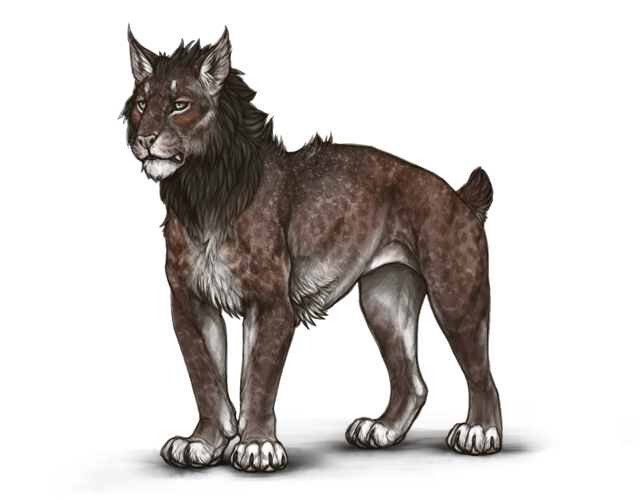 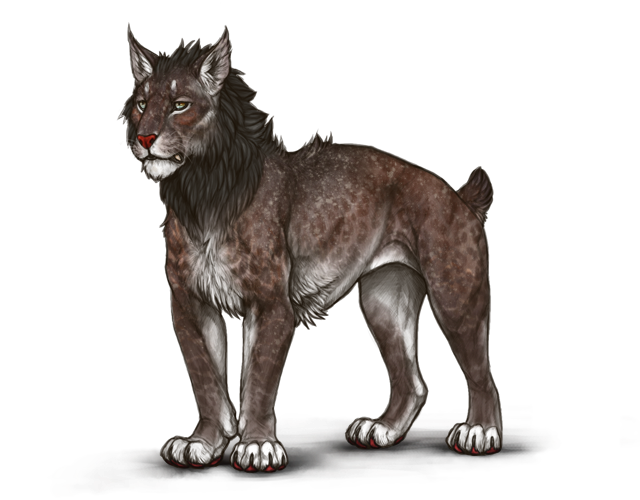 Yikes. Sanguine definitely doesn't suit him as much as White does. Skin colour may not be as big of a driving factor as other attributes of your lion's appearance, but it can definitely make a difference!

Click here to see some information on the Skins of Lioden!

A lion's base is an important asset to their overall appearance, but even a lion with the plainest base can be turned into a beautiful piece of art with the right marking combinations!
Pro Tip: Apply Under White 4 to EVERYTHING. Everyone in the community agrees with this and anyone that does not is objectively wrong.

Click here to view ALL of the Markings currently on Lioden!

All lions start off their lives with a default of 10 marking slots. You can expand these slots to a total of 20 marking slots, at a cost of 500 SB per extra slot. However, before we really get into extra marking slots, let's look at the 10 we already have.

Alright. We can see that this lion has all 10 marking slots filled out with markings in each of them. Now, what does the "slot" refer to, and why is it important?
The slot number that a marking is in is a fast way to tell how visible the marking is. Markings are "layered" on each other, meaning the lower the slot number, the lower the layer that the marking is located on. From the above image, this means that White Inverted Cheetah is his very first marking, and is therefore in the lowest layer/slot. All other markings are layered over that first marking slot.
A marking in slot 10 is the very top-layered marking, and the most visible marking on a lion (assuming it's at a high opacity and you don't have additional markings in extra slots). To further drive in the fact that marking slots are based on increasing layers, we'll give you an example of König with all the markings in the same order as above, and an example of him with those markings completely flipped. 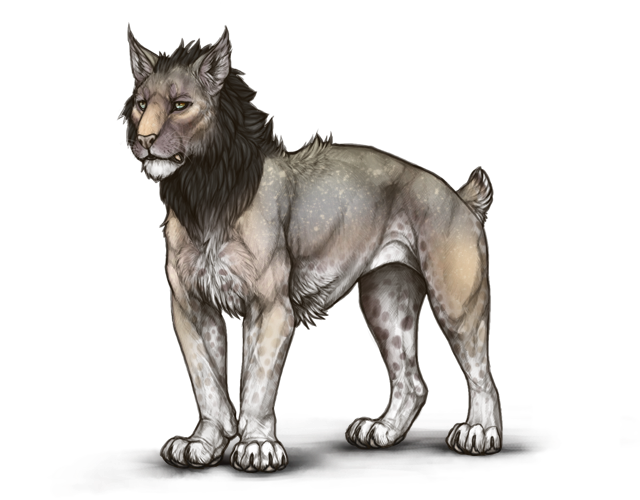 Quite the difference, huh!
If you want a marking to be more visible than others, remember to either place it in a higher slot at a higher opacity, or lower the opacity of the markings on top of it so that it's more visible!

Being able to set a marking's opacity from anywhere between 1% to 100% is an extremely useful ability for multiple reasons. Firstly, though, let's really explain what opacities are and how they function.
Taking König's first marking as an example, you can see he has White Inverted Cheetah applied at 100% opacity. The numbers in parentheses always indicate the marking's opacity, and the opacity indicates how visible said marking is on the lion.
For example, a marking at 100% opacity shows at its true, vivid colours, and is more obvious to see when compared to a marking at 1% opacity, which is the absolute lowest opacity you can go to. If you want a marking to be at 0% opacity, you may as well just remove it!
Opacities are important, as not everyone enjoys the appearance of a lion with all markings maxed out at 100%. Sometimes, lowering an opacity to 50% can add a flair to a design, subtly shifting a lower marking or even the lion's base itself to a completely different hue. Additionally, lowering the opacity of a higher-slot marking will make lower-slot markings beneath it more visible. 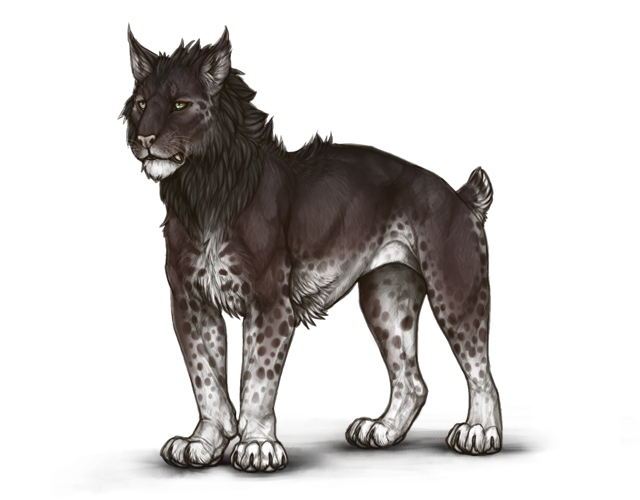 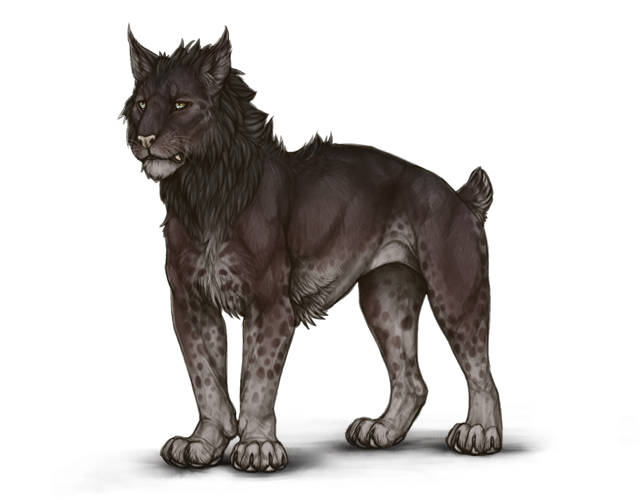 An example of the difference between White Inverted Cheetah at 100% opacity and the same marking at 50% opacity.

When it comes to breeding, opacities do matter. If you like a certain marking and want your cubs to inherit it, but you don't like how it looks on your current lion, you can set it to as low as it can go (1%), and it will still have a chance of showing up on their cubs.
Cubs will inherit their parents' markings within a set range of the parents' marking opacities. Generally, the higher the opacity, the higher it will appear on cubs, but as mentioned, even a marking at 1% opacity can still be inherited by offspring. 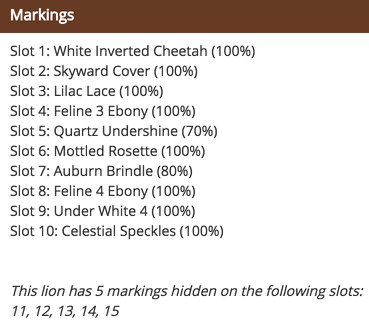 A hidden marking is a marking that can only be found in slots 11 to 20. Due to the way that extra marking slots function, if a lion with Onyx Rosette in slot 15 manages to pass that marking onto any of their cubs, the cubs will have to have all extra marking slots up to 15 unlocked in order for the marking to no longer be hidden.
Not all hidden markings are something rare and special, though. NCLs in Explore can be found with NCL markings in extra slots. Unless you're looking for a certain marking in a very specific slot, it generally isn't advised to unlock extra markings on NCLs and lions that you do not plan on keeping.

Before spending 500 SB to unlock a slot, you can check out the Scrying Stone in Crossroads! Paying 150 SB will reveal all of a lion's hidden markings to you.

Unfortunately, revealing a hidden marking through the Scrying Stone will not show the marking's opacity; the marking slot will need to be purchased in order for that to be viewed.

Applicator, custom, event, and NCL markings can appear in virtually any slot. Having a lion that has Maroon Coat in slot 2 isn't exactly any more special than another lion with Maroon Coat in slot 9.
The link between markings and the slots they appear in really only come into play with special markings that are released via the weekly raffle lionesses. As there are only a certain amount of markings released each week, some of them will only be in very limited slots; therefore, the value of a lion you own can increase exponentially if you happen to have one with a special marking in a very rare slot!
Note that values of lions is all completely determined by the players, and not everyone will think your lion with Vitiligo 6 in slot 1 is worth anything more than all other lions with Vitiligo 6 in more common slots.