Novel 1 begins on September 3rd at 02:10am LDT.
To quickly navigate through the storyline pages, some buttons are styled with underlines and will jump you ahead to the next page for that specific branch. It is advised to use these buttons to have the best understanding of the storyline.

If you are on a device that is compatible with keyboards, you can use the left and right arrow keys (  ←  →  ) to switch between storyline pages. 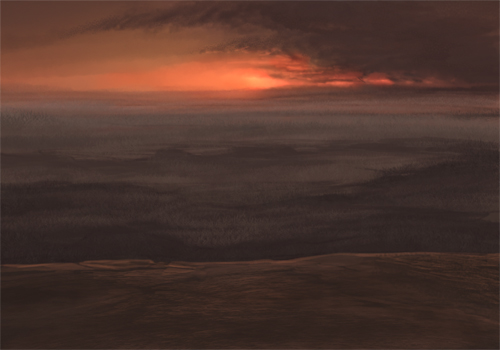 You're filled with dread after seeing a dark line over the horizon. You realise a massive swarm is about to fall over this savanna, which seemed like the last green oasis left in a bleak, devoured landscape. You climb onto the nearest kopje to gain a better view. As you watch the impending darkness, you realise this isn't another cloud of insects; it's a monumental darkness rolling over the plains, blotting out the sun as it grows. Your dread slowly fades into a small glimmer of hope that this darkness could be a storm, which would nurture the soil and revive plants. You can't help but still feel like something is… off, though. The storm seems to carry its own aura of dread, unlike any other feeling accompanied with thunderstorms or monsoons. A low rumbling begins to vibrate under your paws. 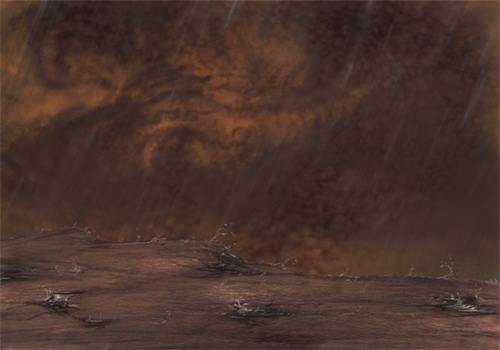 Once the sky turns dark, it becomes obvious that the clouds are moving in unnatural swirls. With another booming crack of thunder, petrichor fills your nostrils, and the moisture in the air begins to clamp and curl your fur. Scarce, quiet droplets are soon escalating into a cacophony of rain. The downpour seems filthy, and you imagine grey mud must have evaporated far away, only to fall here from the sky to further destroy what's left after the locust plague. Eventually, the grey darkness and noise of the storm becomes unbearable, and with every peal of thunder, the eye of the storm creeps closer. You barely hear a clatter of hooves behind you. 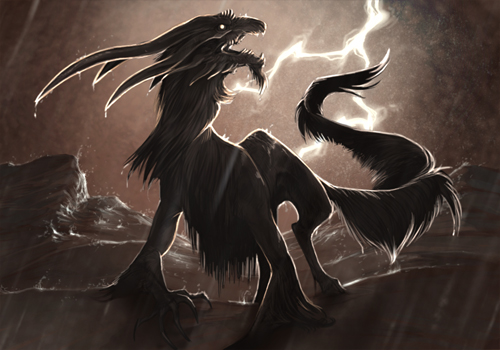 A giant creature you have never seen before arises on the kopje path, its dark, wet fur glistening in the lightning. Streaks of water dribble along its black skin, and its whistling breath becomes a cold mist. Thunder flashes behind it, giving it an imposing presentation of impending doom.

"I am the Harbinger," a deep, raspy voice resonates from between the rocks. This creature came to you. It sought you out specifically, and it found you here, right on this hill, far away from everything else. 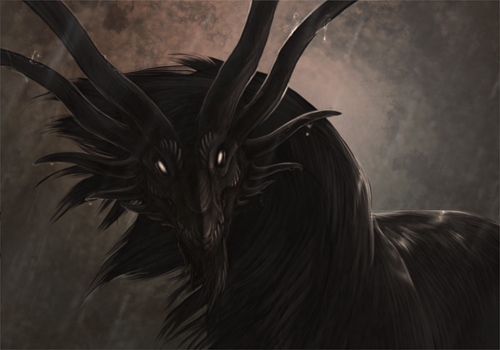 Its snarl could almost pass off as a smile. "I am the beginning," it growls, taking one step closer to you. A foul odour of slime and tar hits you violently, making you retch. "When I crawled out of the ground and took my first breath, I became the first omen, one of many signs of the doom that is to come. I am a waste, a failure, that decided to have a purpose." Its explanation doesn't really clarify much. You take a step back, but the kopje cliff behind you prevents you from having any way to escape. 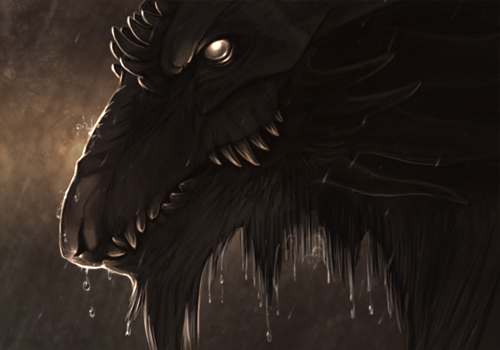 The creature lowers its head, water drizzling down its jawline. "I was one of many servants of pandemonium, spawned into existence to poison life, to crawl into the light and steal it. Though… perhaps I was a defect. I was born fully sentient, and I disobeyed. I had time to think. I came to the conclusion that my fault must be a blessing; I must have a greater purpose. I will warn the world of what is to come. I will warn the ruler of this land to prepare for the war. I will be your first omen." The creature looks up at you, seemingly sincere despite its filthy, disgraceful appearance. 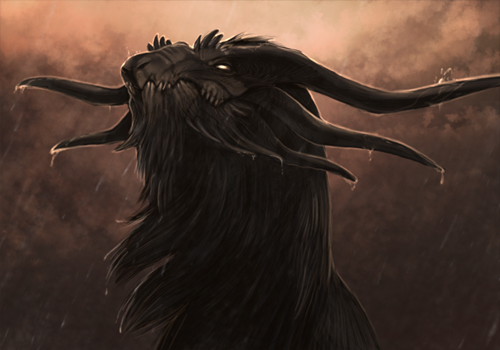 "An omen of the Apocalypse," it hisses ominously. You stare at the Harbinger in disbelief. These droughts and plagues are natural - the only disturbing thing here is the creature itself, and it doesn't exactly fill you with trust. It closes its eerie eyes, sensing your doubts. The clouds suddenly disperse, and the pummel of rain diminishes.

"Perhaps we need more time to explain everything properly. I will return tomorrow, with a… less dramatic entrance. I had thought the impact of my arrival would force you to heed my warning with the respect and fear it deserved, but… I forget that you mortals, with your charm and character, clearly doubt everything. You need evidence. You need time to change. I will show you what needs to be shown, in any way it has to be shown to make an impact." The Harbinger looks at you determinedly. You take a slow, deep breath.


Start your show, then.
Page 6 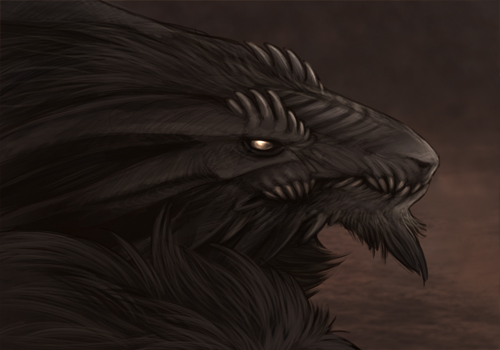 The Harbinger is clearly displeased that you've called it a show, but it makes no comment about that.

"Go, mortal. Wander through your lands. Find two Omens, and report to me with what you've seen. I will explain everything." It lies down on the kopje cliff and ignores any attempts at further conversation, obviously uninterested in speaking to you until you've exposed yourself to the signs of impending doom. Wonderful.

In order to proceed, you must first complete the Harbinger's quest, which is to spot 2 Omens while exploring. Click here to see all Omen encounters you may find.

Once you have spotted 2 Omens in Explore, return to the Harbinger's page and a new button will appear.

The Harbinger is clearly displeased that you've called it a show, but it makes no comment about that.

"Go, mortal. Wander through your lands. Find two Omens, and report to me with what you've seen. I will explain everything." It lies down on the kopje cliff and ignores any attempts at further conversation, obviously uninterested in speaking to you until you've exposed yourself to the signs of impending doom. Wonderful.


Describe What You've Seen
You sit down near the Harbinger and describe the strange things you've seen. It listens carefully, curious to hear how these Omens manifest themselves to a mortal lion like yourself, and also curious to learn how you interpret them all. It suggests another meeting tomorrow, after it scouts the lands for itself to discover the current state of local energy that can be worked with. You got +50x(LVL) EXP, 2% Impression, +10 Eldritch Tokens and +2 JB! 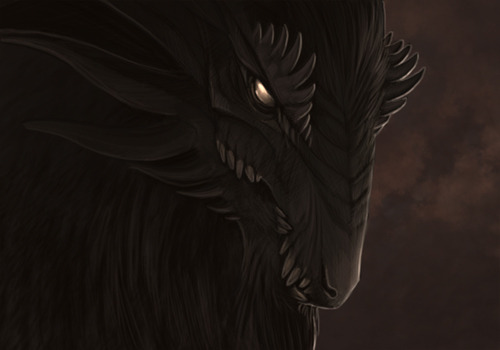 This ends Novel 1. You must wait until rollover to proceed to Novel 2.
Click here to view the directory for the Harbinger storyline.

Page managed by
The Wiki Team
Page last edited on 15 March 2021.
This page has been viewed 3975 times.
History
Related Pages: The Harbinger, The Harbinger: Novel 2