Warning: This page contains information regarding a retired event that no longer takes place on Lioden, hence the "(Retired)" tag. Please view the content below at your own discretion. The content below is no longer relevant to Lioden and has only been uploaded for archival purposes. This event was officially retired in July 2021. 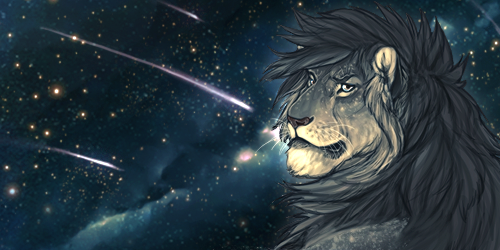 July has started, and as it's commonly known, the greatest meteor showers will begin this month, especially over the southern hemisphere, thus Africa gets bombarded by millions of tiny meteorites! (The Earth is hit with roughly 40 000 tonnes of space debris, bits leftover from the Solar System formation EACH YEAR. Crazy huh?)

Your lions noticed that the lights also appeared in forests as fireflies! Is this all connected? What's the mystery behind that?!

This month the sky is sparkling with lights! Some are brought by fiery rocks falling from the sky, and some by fireflies, near the ground. It might be fun to catch both of those, somehow!

In July, the community is working to unlock two separate bars, which reveal a few different areas on the site.
The more we visit the Cloud Forest and gather Fireflies, the faster the Firefly Shop tiers will be unlocked.
The more Meteorite Shards we collect in Explore, the faster we will unlock the Zimbabwe area, Celestial Raffles, and the Celestial Stone!

The July event launches on July 1st at 12am Lioden time and will end on July 31st at 11:59pm Lioden time. All unused event currency will be stored on your account until the next year. 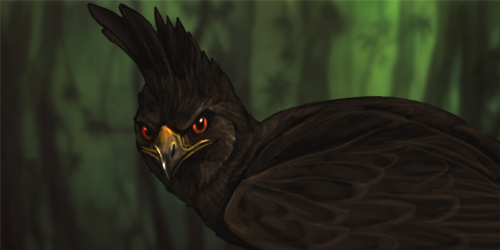 "Sup. This is my forest. Wanna go in, pay a toll. Give me 2 amusement item uses."

The Cloud Forest, run by a dudebro Long-Crested Eagle, is where you'll be earning the majority of your Fireflies.

Every 30 minutes, you can pay him two uses of amusement items (or "toys") of any kind to enter the Cloud Forest and grab some Fireflies. Please note that when you pay to enter, you are paying with item uses, not individual items.

When you first enter the forest, it will be alight with Fireflies buzzing all over! 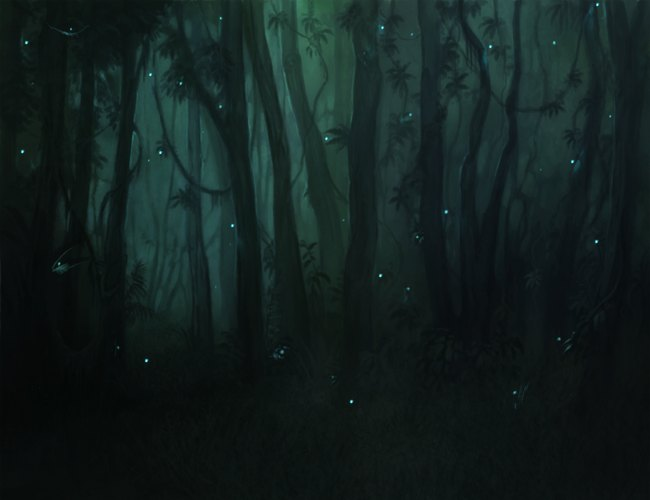 The Cloud Forest is alive with lights! Are those spirits of rocks from the sky? You should try and catch them!

When you click the "Chase!" button, you will receive either 3, 4, 5, or 6 Fireflies. The amount you catch is determined at random.

You dart between the trees, trapping the Fireflies with your paws and onto the ground, bark and rocks. You scooped up [3, 4, 5, or 6] Fireflies and the rest got away!

Once you have grabbed some Fireflies, you are then on a 30 minute cooldown before you can enter the Cloud Forest again. 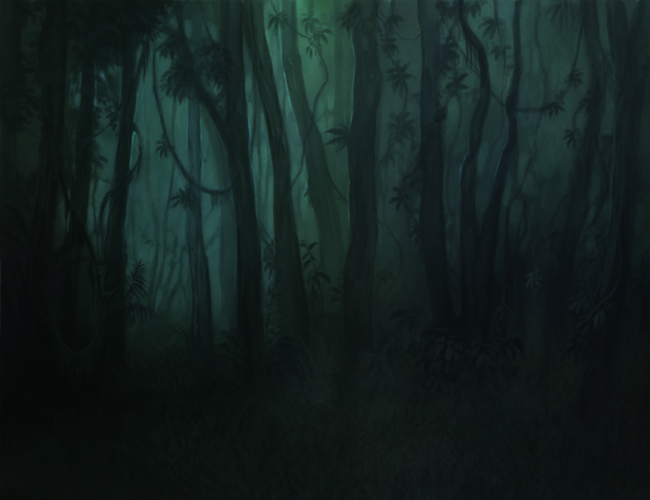 You scared off the fireflies! Maybe come back in 30 minutes when they come out again? 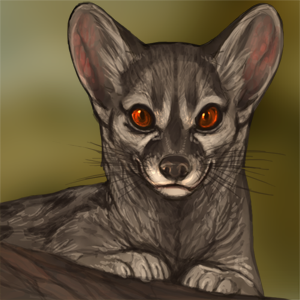 "Hi! I am.. kinda pregnant, you know. And I have this HUGE craving for Fireflies. Tit for tat, yes? You give me tasty lights, I give you what I found in the bushveld!"

The Firefly Shop is where you go to spend all of your hard-earned, shiny Fireflies.
The shopkeeper is a cute Angolan Genet who happens to be pregnant and is craving your yummy

"Greetings, I am Apedemak, the Lion god. You don't believe me? Have you looked into the sky? The celestial rocks fall on my command! Try to explore around, maybe you'll find some for me?

The more Meteorite Shards you bring me, the more I can allow you to explore the Zimbabwe Lands.

Explore Zimbabwe is the first tier of the Meteorite Shard bar. Once it is unlocked, you are able to explore nine different lands within Zimbabwe, each of them with their own array of special rewards! Zimbabwe can be explored using Meteorite Shards.

One minute of exploring equals to one Meteorite Shard spent.

Only one area can be explored at one time, and the minimum amount of time you can explore is 10 minutes. The only limit to how long an exploration can be is how many Meteorite Shards you have!

It is advised to set timers in order to maximise efficiency and the number of explorations you are able to do, as there is no notification on the site when your exploration has finished.

Within the reward tables shown below, bolded text indicates a land-exclusive reward that you cannot find anywhere else on the site.

The following are decors exclusive to Matobo Hills.


The following are decors exclusive to Highveld.


The following are decors exclusive to Great Zimbabwe Ruins.


The following are decors exclusive to Victoria Falls.


The following are decors exclusive to Chimanimani.


The following are decors exclusive to Gonarezhou.


The following are decors exclusive to Mana Pools.


The following are decors exclusive to Nyanga Mountains.


The following are decors exclusive to Lake Chivero.


Once you navigate back to Explore Zimbabwe and your exploration has completed, you will see a button to "Reveal!" your findings. Clicking that has a chance to generate randomised flavour texts and NPC battles!
Despite what the flavour text may imply, you do not receive any additional items beyond what you initially earn from clicking the "Reveal!" button.

After exploring, you also have a chance of getting random flavour texts and fights! The flavour text does not give you any other items and purely exists for fun. Encountering fights gives you a clickable link. You do not have to participate in the fights, and the items you receive from exploring are given to you regardless of whether you fight or not.


Wish Upon a Falling Star

If you wish upon a star with a few fireflies, a Celestial Lioness from my harem might be granted to you in our twice daily 12 hour raffle.

Wish Upon a Falling Star, also known as the Celestial Raffle, is the second tier of the Meteorite Shard bar. Once it is unlocked, your pride leader can visit this area to have a chance at impressing ladies from Apedemak's pride! These ladies are extremely unique—some of them have very rare bases, while others have rare markings and eye colours that can only be achieved through impressing a lioness from Apedemak's harem.

6 Fireflies to try and impress her.

Your leader's impression doesn't matter, so losers and studs alike can test their luck!

Note: Be mindful of your territory counts when a lioness's 12 hours is almost up! If you're chosen to win a Celestial Lioness, but your territory is full, she'll be re-rolled to some other lucky player.

There are two types of lionesses within these raffles: Type 1 and Type 2.
Each raffle has a randomised 50/50 chance of generating either type. 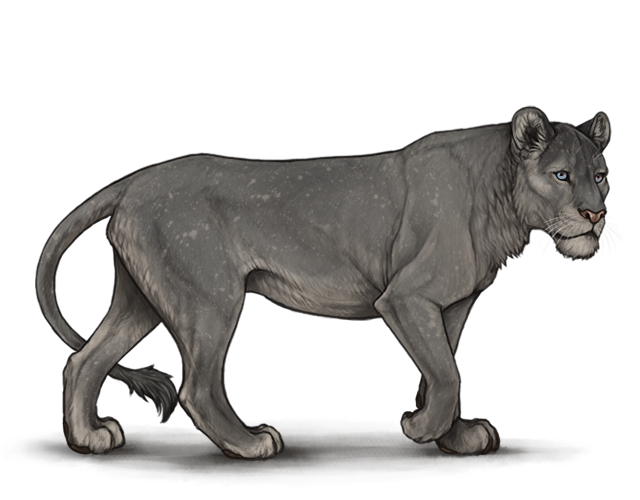 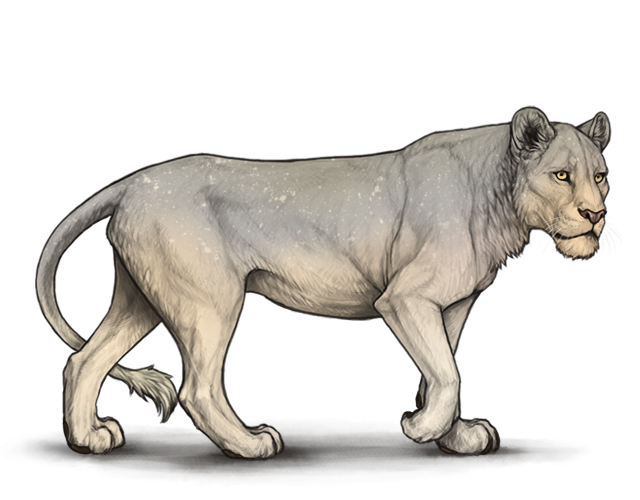 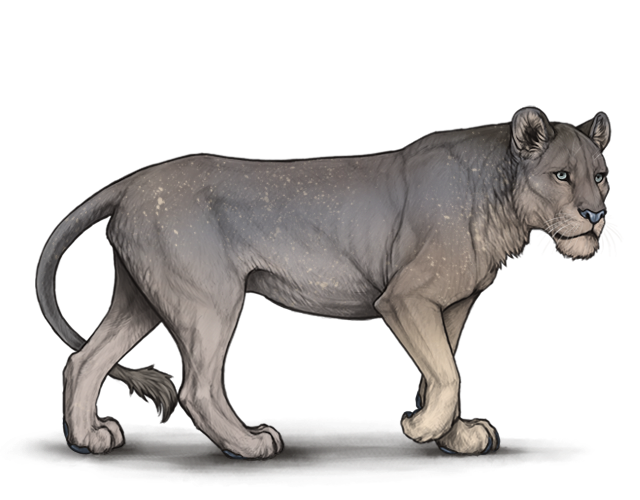 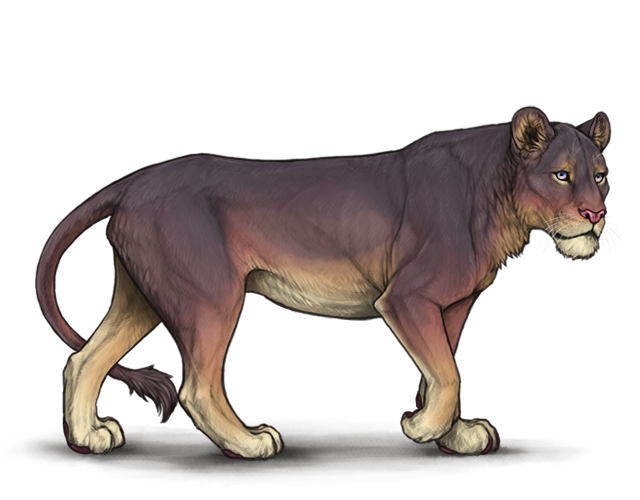 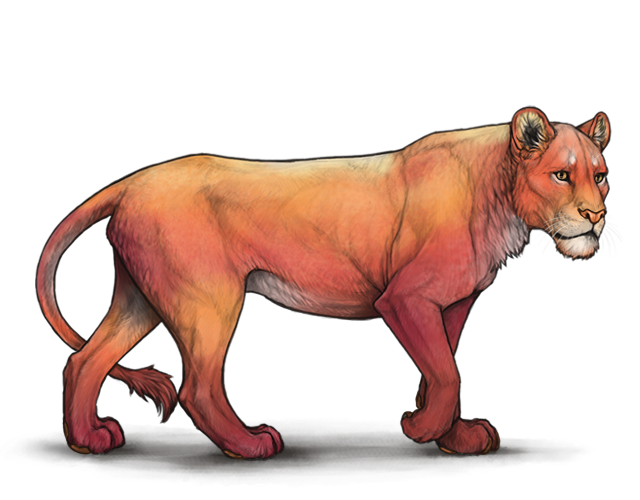 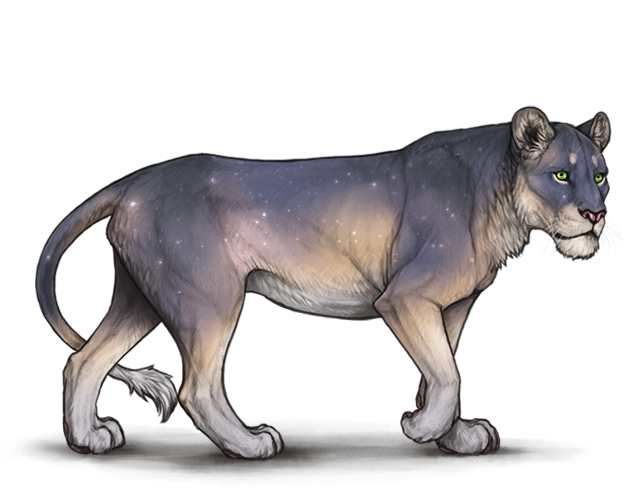 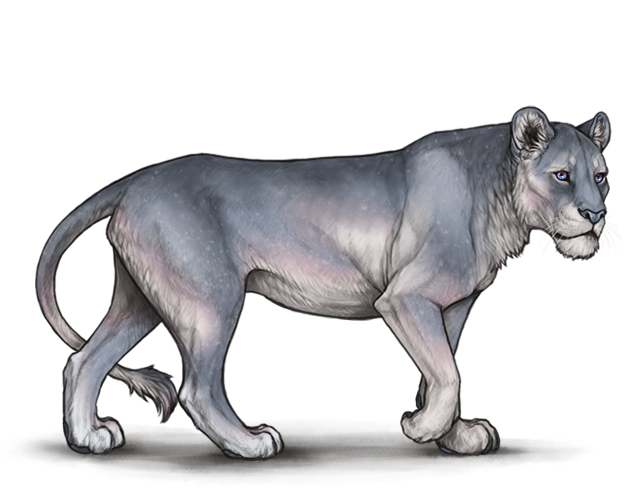 Lions, you have brought me many shards. To show my gratitude, I will lead you to a sacred Celestial Stone. CAREFUL though, do not touch it!

Apedemak stands in front of the stone. "DO NOT TOUCH THIS STONE! It's very radiant, but its power lets lions be one with the Celestial Realms. Tell you what. You can let your lions touch it, but make sure that... you know. You won't miss them..."

The Celestial Stone, affectionately nicknamed the "Murder Stone", is the third and final tier of the Meteorite Shard bar. Once it is unlocked, you are able to sacrifice up to 44 lions per day in order to earn various rewards.

Important Note: Lions that are sacrificed to the Celestial Stone are permanently deleted from the game. Be sure to secure any lions you do not wish to sacrifice, as this cannot be reversed.

Cubs and nursing lionesses cannot be sacrificed. If cubs were chased, she will still be classified as nursing. Lions must not be hunting, stuck in a trade (or trade offer), be on a NCL cooldown, be custom, broodmothers, protected by a broodmother, frozen, secured, patrolling, in raffles or dead.

About Karma: The Celestial Stone has no bearing on your leader's karma. You can safely sacrifice lions without worrying about tanking your karma level.

Once you choose your victim and click "SACRIFICE", you'll receive pop-up messages stating the following.
"Are you sure you wish to sacrifice this lion? They will die and not show up in your dynasty!"
"Are you 100% sure?!? This cannot be reversed!"

When you confirm twice that this indeed the lion you wish to sacrifice, you will then earn your rewards.

You lead [NAME] to the Stone. [NAME] touches it, curious about the radiance, and vaporizes immediately into something that Apedemak calls stardust. "Don't worry," he says. "They will return next year as Meteorite Shards, falling from the sky when I call them!" Unsure about the fate of the lion that the Stone just killed, you accept the reward that Apedemak offers you: [REWARD].

Tefnut's Temple appears on the Event page beneath the Cloud Forest, Celestial Lion, and Civil War banners. It requires a community effort in order to unlock it! The temple must be fully built before it is opened, so players must donate SB or crafting items in order to assist with its construction.

1 Point Per Use
Large Rock

1 Point Per Use
Pet Rock

1 Point Per Use
Rock

1 Point Per Use
Silver Beetles

Once the temple is completely finished, a special Tefnut-inspired shop is unlocked for everyone to visit!
This shop uses a mix of

These recipes are only able to be crafted during the month of July. They can be crafted within Monkey Business's Crafting area! Their components can be found year-round. During July, the drop rates for the Gems listed below become slightly higher.

Astral Base, Astral Mane Colour, and Cosmic Eyes
Base Genetics: Red Light Countershaded Special
Applied with Astral Fire (base) and Astral Blessing (mane colour).
Cosmic eyes can be bred by combining a Galaxy- or Jasper-eyed parent to a Dawn, Draconid, Starshine, or Sunglow-eyed parent.
Astral Fire was the main July 2020 Civil War storyline reward (regardless of your alignment) while Astral Blessing was an additional storyline reward if you side with Apollyon during July 2019 and 2020. 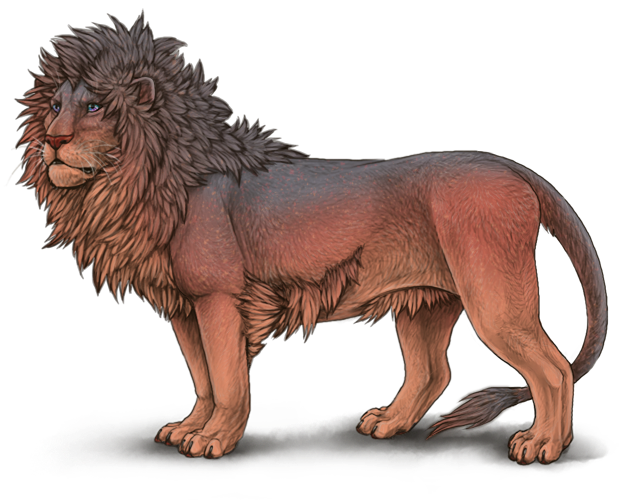 Celestial Base, Celestial Mane Colour, and Starshine Eyes
Base Genetics: Black Dark Countershaded Special
Achieved by winning a lioness from the Celestial Raffle (base and eyes).
Applied with Celestial Blessing (mane colour).
Celestial Blessing is purchased from Tefnut's Temple. 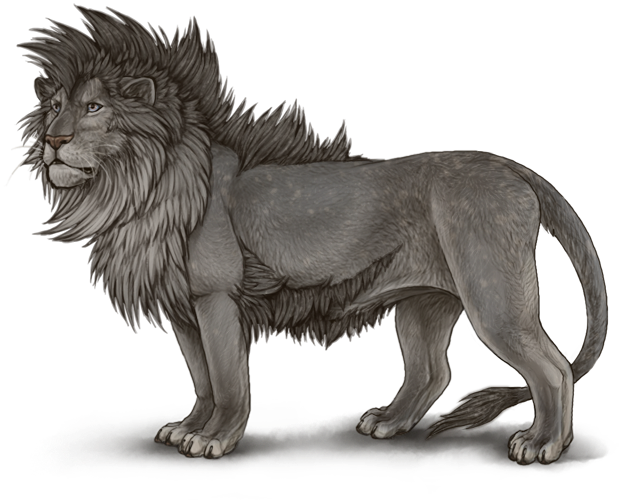 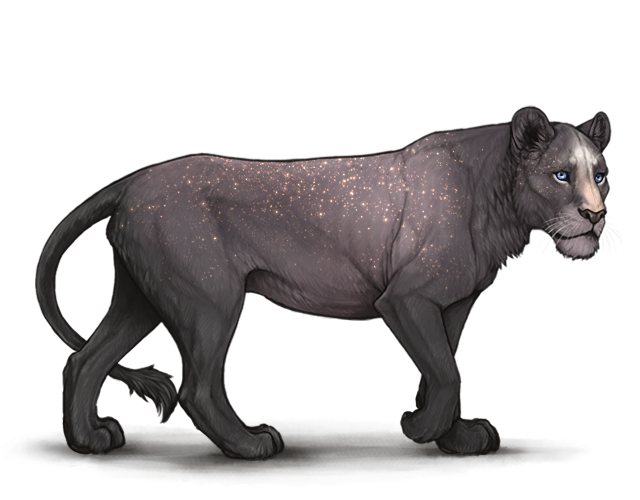 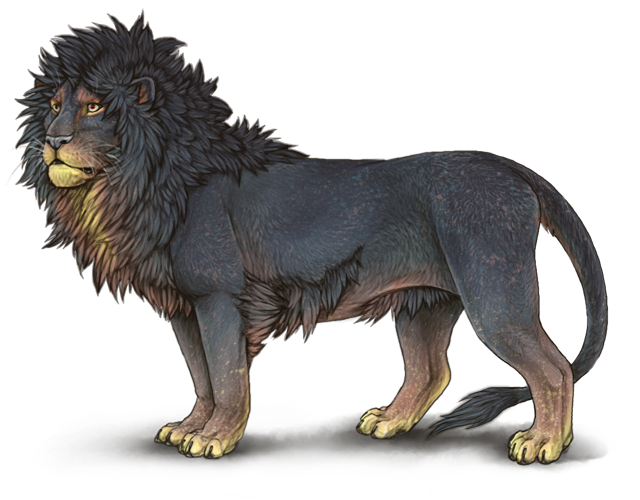 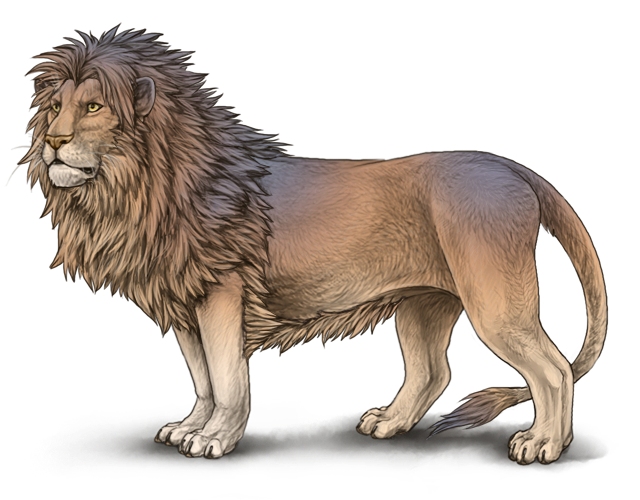 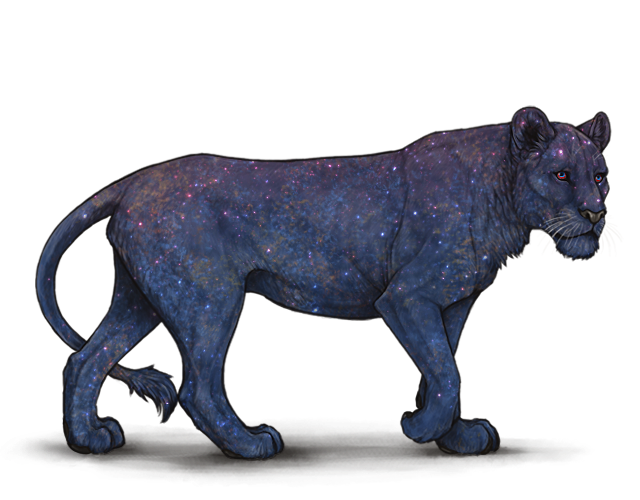 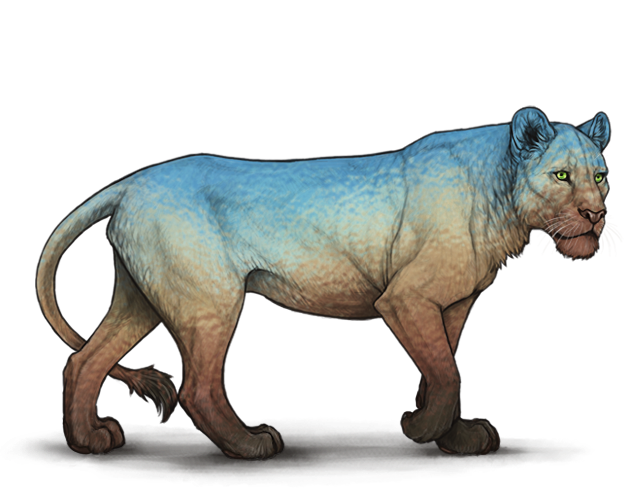 Leonid Base
Base Genetics: Black Medium Countershaded Special
Achieved by winning a lioness from the Celestial Raffle. 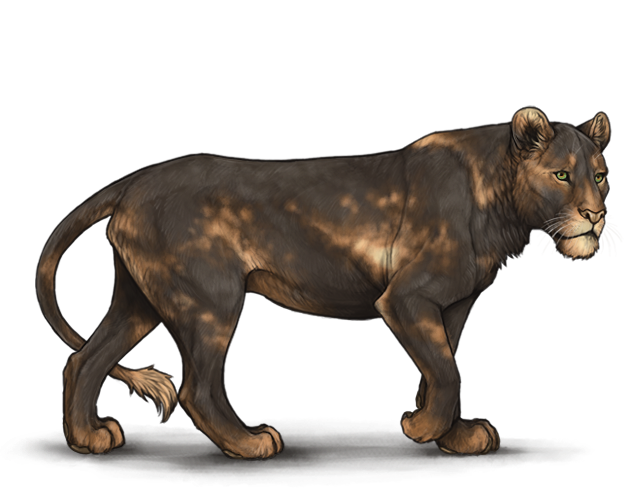 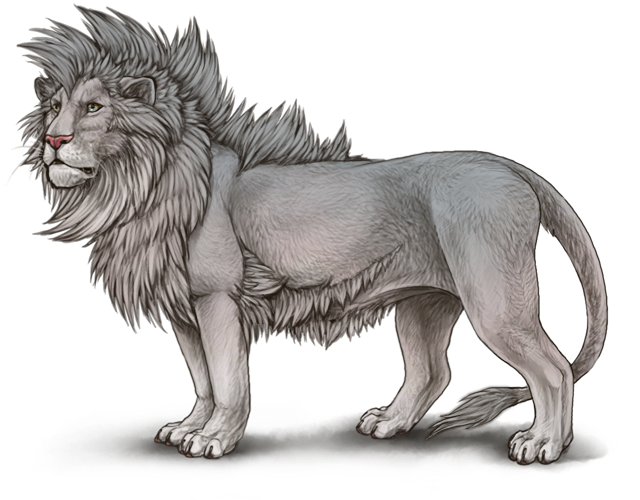 Pulsar Base
Base Genetics: Black Light Countershaded Special
Achieved through combo breeding during the month of July, or by breeding two Pulsar lions together outside of July. 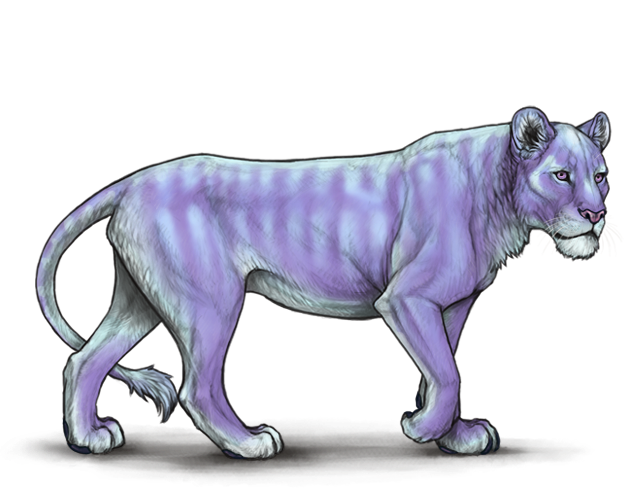 Sidereal Base and Sidereal Mane Colour
Base Genetics: Black Medium Countershaded Special
Achieved by winning a lioness from the Celestial Raffle (base) and applied with Sidereal Blessing (mane colour).
Sidereal Blessing is purchased from Tefnut's Temple. 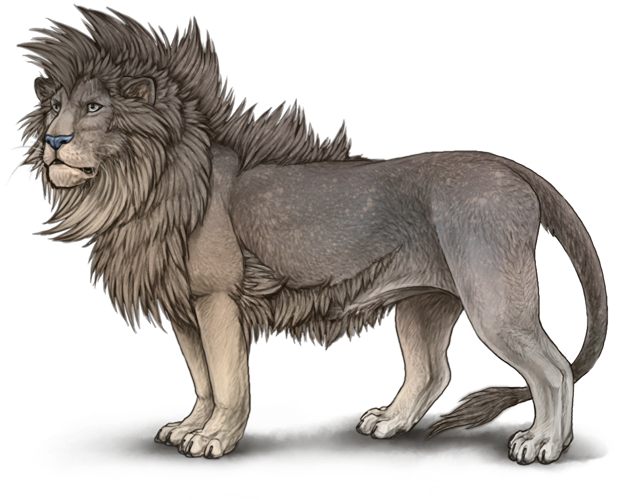 Skyward Base, Skyward Mane Colour, and Sunglow Eyes
Base Genetics: Black Light Countershaded Special
Achieved by winning a lioness from the Celestial Raffle (base and eyes) and applied with Skyward Blessing (mane colour).
Skyward Blessing is purchased from Tefnut's Temple. 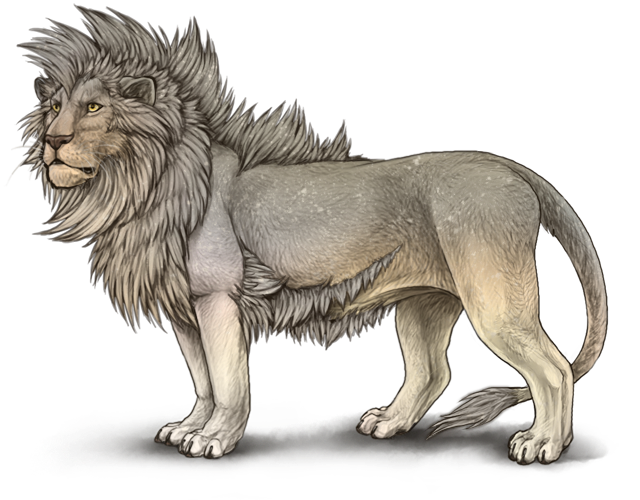 Stratosphere Base and Galaxy Eyes
Base Genetics: Black Light Countershaded Special
Achieved by winning a lioness from the Celestial Raffle (base and eyes).

Sunrise Base and Draconid Eyes
Base Genetics: Red Light Countershaded Special
Achieved by winning a lioness from the Celestial Raffle (base and eyes).

Sunset Base and Dawn Eyes
Base Genetics: Red Medium Countershaded Special
Achieved by winning a lioness from the Celestial Raffle (base and eyes).

Celestial Markings
Originally released in the Celestial Raffle in 2014.

Leonid Markings
Originally released in the Celestial Raffle in 2020.

Skyward Markings
Originally released in the Celestial Raffle in 2015.

Sidereal Markings
Originally released in the Celestial Raffle in 2016.